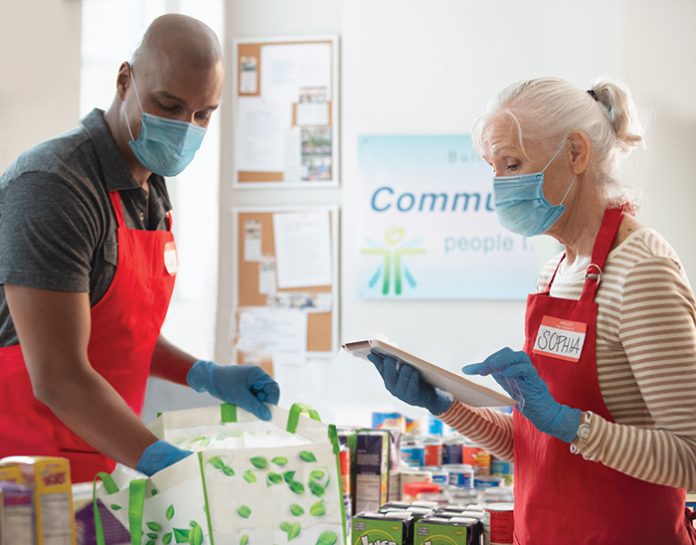 MRC PONTIAC – Bouffe Pontiac and the Fort-Coulonge Knights of Columbus announced they will again be distributing Christmas food baskets to people in need this December.

Bouffe Pontiac is collecting donations by putting bins in several stores and receiving donations directly at their office in Campbell’s Bay. They also receive contributions from organizations such as Sûreté du Québec and some schools will have activities to raise funds. Their biggest fundraising will happen on December 1 from 6 a.m. to 9 a.m, when they will have volunteers standing at various locations including Hwy 148 on Allumette Island, and Campbell’s Bay as well as at the corner of Main Street and Clarendon, in Shawville, to receive donations.

Kim Laroche, the director general of Bouffe Pontiac told the Journal: “We try to receive as many funds as we can to be able to distribute food baskets from December 19 to 22. People who are in need can call us at 819-648-2550. We ask them to give us proof of residence, address, income and identity. When all documents are approved, we will give them a food basket in December. People from Mansfield and Fort-Coulonge will receive their baskets from the Knights of Columbus’ guignolée. They do their own fund-raising and preparation, and we just help them in registering the people in need.”

Ken Hobbs the person responsible for the Knight’s guignolée said: “We send letters to all businesses and municipal offices to raise funds. We also go door to door in Fort-Coulonge on December 16 to collect donations. Then on December 17 we will distribute the baskets. Inflation has affected many families, and it is difficult for them to have enough food; this way people can help their neighbours.”