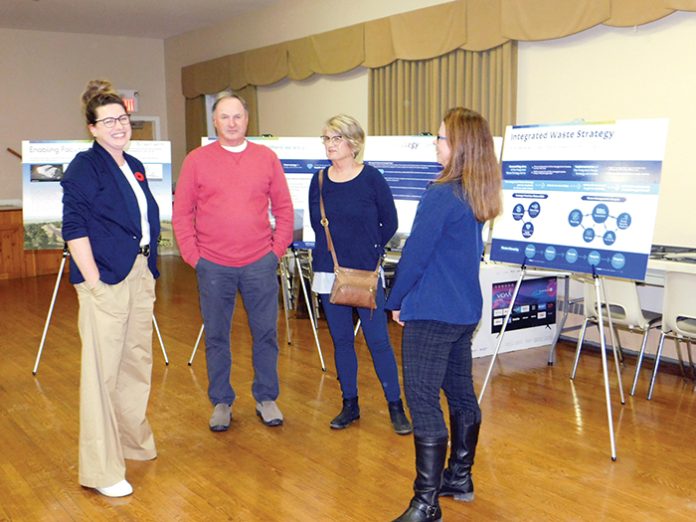 L’ISLE-AUX-ALLUMETTES – Staff from Chalk River Nuclear Laboratories (CNL) held three open house meetings in the Pontiac during the week of November 7–10 starting in Rapides-des-Joachims (November 8), Sheenboro (November 9) and Isle-aux-Allumettes (November 10). There was no registration required and attendance was low.

Staff answered questions on the proposed Near Surface Disposal Facility (NSDF), the closure of the Rolphton Nuclear Power Demonstrator Reactor’s (NPD) environmental clean-up and CNL’s waste strategy. Information boards were set up throughout the halls with details on each project.

For 25 years the NPD produced nuclear energy, and operated as a training centre for nuclear operators and engineers from Canada and around the world. Operations stopped in 1987, when the first stages of decommissioning were completed, including the removal of all nuclear fuel and draining the systems. The site has been in a shutdown state for the last 30 years. The current plan is to complete this project by demolishing the site above the ground and entombing what is left, below ground, in grout; which has been claimed to be a safe method instead of moving the demolished remains to another storage site.

The Near-Surface Disposal Facility (an engineered containment mound) has been a contentious issue for a number of years as many communities expressed concern about potential contamination of the Ottawa River, because the site is close to Perch Lake which flows into the Ottawa River. Scientists at CNL have been studying the proposed design since the project began and have documents declaring its safety. In response to statements from retired scientists who believe it is unsafe, CNL staff stress they are willing to sit down with them and address their concerns. “We want to educate the public and provide as much information as necessary. Safety is our
priority,” they stated.