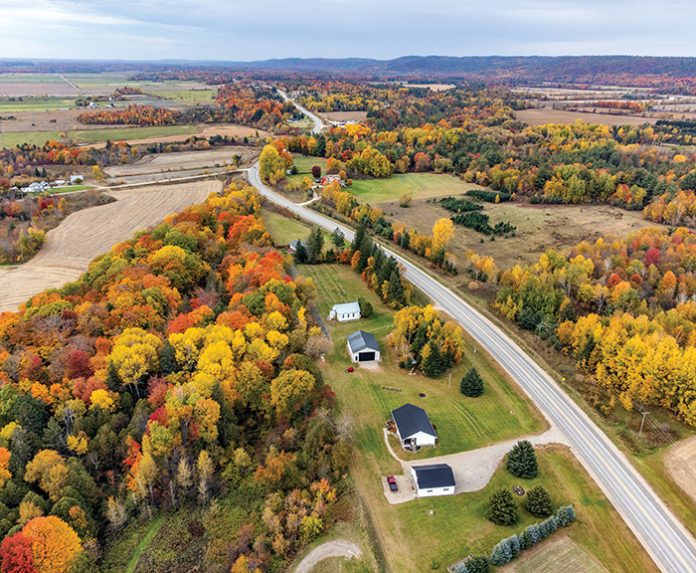 MUNICIPALITY OF PONTIAC – The monthly meeting of Pontiac municipal council was held on November 8, 2022 at 7:30 p.m. in the Luskville Community Centre. Ten members of the public attended and Mario Allen, the acting director general was present.

A resident of chemin Sumac asked if the municipality is responsible for damage caused by contractors carrying out maintenance on private roads; Mayor Larose replied the contractor is responsible.

Administration
Expenses totaling $16,712.51 for November were approved. Municipal employees will receive a pay raise to competitive rates; it has been difficult to retain staff. Chemin des Laurentides is transferred to the municipality, according to an agreement between the owner, Michel Grenier and the municipality. A loan is refinanced for a shorter term than originally with Financière Banque Nationale Inc as this is the best offer among three submissions. The calendar for council meetings in 2023 was adopted. As usual, most meetings are held in Luskville at 7:30 on the second Tuesday of the month, except in January on the 17th (3rd Tuesday), in May at the Breckenridge Fire Hall, and in June and September at the Quyon Community Centre.

Fire department
The municipality will buy the used public security patrol boat from the MRC des Collines, including a trailer and two motors, for $15,000 plus tax, for the fire department to use for rescue calls on the river. A volunteer firefighter has resigned and is thanked for his dedicated service.

Council decided to refuse all tenders for supplying gravel to resurface about 2 km on chemin Elm. Instead, Public works will do the work for a maximum of $100,000 made up of $50,000 for gravel and $50,000 for trucking, divided among local contractors.

Planning
A draft bylaw, 12–22, concerning keeping laying hens was tabled and passed. See the municipal website for details of the bylaw.

The Québec government has a new National Policy on Architecture and Land Use Planning which encourages densification and limits development outside the urban perimeter, which “are not appropriate in rural area like ours”, according to a motion adopted by council. The motion asks for the act respecting the protection of agricultural land (LPTAA) to be revised. “Rural municipalities, because of their characteristics (wide open spaces, proximity to natural areas, quality landscapes, tranquility, etc.) offer a living environment that meets the needs of a significant portion of the population…..The government must repeal the standards relating to the protection of wetlands.”

Community life
Two safety nets will be bought for the Davis Park rink for $4,150 plus tax from Agora Sport, to protect neighbouring homes. The contract for maintaining the rink at the Luskville recreation park for this winter is awarded to Sébastien St-Amour for $9,000. Another call for tenders for the rinks in Quyon and Davis Park will be made.